Is Feng Shui Based on Astrology? 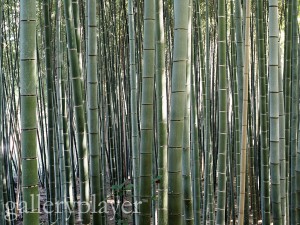 First I must explain that there are many different schools of feng shui. Although I believe the ultimate goal of each school is the same, to find the best living environment based on qi energy,  the method used to achieve that goal differs immensely.  Therefore, when you meet someone who practices feng shui, it is important to know what school they follow.

The school I follow is called the Form School and astrology does not play a role in our analysis.  As the name indicates, we believe “form defines energy.”  The schools that use astrology in their practice is under the Cosmology Schools or sometimes called Astrology Schools.  In extremely simple terms, they believe that the energy of a living environment is based on when a house was built and use numerous calculations to find the astrology of the house.  Some of the most popular feng shui schools such as the Flying Star School and the Eight Mansion School are based on astrology.  Many schools also ask for birth dates of the residents for further analysis and compatibility.    So, if a consultant asks questions that relate to dates and times, you must be aware that they use astrology in their interpretation of energy.

Personally, the reason I don’t practice cosmology school feng shui is not because I don’t enjoy astrology.  As a very practical person, I find it difficult to believe that with everything being equal, how does the exact same house built on the exact same site that was finished in the year 2010 have completely different energy from a house finished in 2011?  How could there be energy differences to the living environment?  In my opinion, with the same lot, same house, same design and same environment where are the energy differences?  If you have any suggestions, please let me know.

On the other hand, in the case of form school, we say the qi energy changes when the form changes.  If you lived in your house for many years, you may assume that the feng shui remains the same.  This is not necessarily so if you follow form school.  Why is that?  One of the main factors could be your exterior environment, which you have no control over.  Let’s say your neighbor decided to sell their single story home and the new owner demolished the old house and built a big mansion and large fence between your properties.  The form completely changed.  The high fence and higher roof line now blocks light to your kitchen.  The qi energy has changed, which affects your living environment.  This makes common sense to me.

So remember, not all feng shui schools are the same.  Methods and practices does influence the analysis tremendously.  Make sure you understand which school the feng shui consultant follows before asking for a consultation.