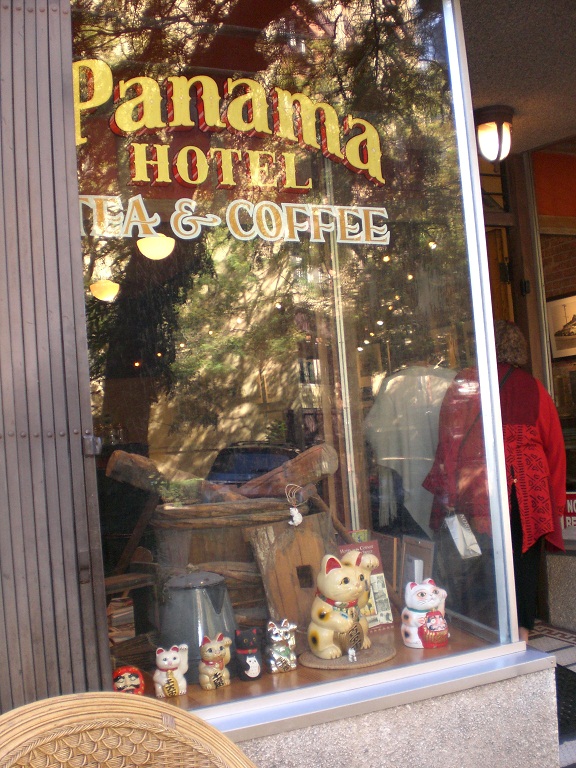 Continuation from Part III.  click here for Part I and Part II.

Although Seattle is a good distance away from Hawaii, life in Japantown started to change.  Announcements to the citizens were distributed through newspaper extras and short wave radio.  The first notice was the limited usage of light.  In the evening, everything had to be pitch black; they were all told to pull down their shades, making sure there was no light shining from the windows because of the air raids.  Even city lights were kept very low.  Then there was the curfew which wasn’t limited to just the Japanese, all Orientals had to follow the new regulations.  If one wanted to travel outside of their area, they had to register the time and distance need to travel and had to go to the federal office to get a permit.

Then in early 1942, the rumors that the Japanese were going to be evacuated began.  The U.S. government was concerned that there could be Japanese spies among the local residents along the West Coast, including Seattle.  It was a threat to national security and they were extremely paranoid.

Mr. Hori showed me a little booklet titled, Report Submitted to Tolan Congressional Committee on National Defense Migration put together by the Emergency Defense Council Seattle Chapter Japanese American Citizens League, on 517 Main St., Seattle Washington.  This report was presented in the hopes to show the facts and figures of the Japanese American population in the State of Washington, including their businesses and economic statistics.

Taken from the booklet.

Of the alien group, the average age of males is 59 years; of the females, 51 years.  Many of these aliens have been in the United States for 45 and 50 years; all have been here since 1924 when the Exclusion Act went into effect, and their average tenure of residence in this country may be approximated at 30 years.  Thus, the majority have spent half to two-thirds of their lives in the United States……”

Many of these aliens immigrated in youth and their connection to Japan had slowly dwindled, as they continued to build their new life in America.  They continued to pressed for their desire of American citizenship so that they might enjoy the benefits of American life.

“These aliens were given an opportunity to return to their native land last November when the Japanese government sent evacuation ships to the United States.  The M.S. Hikawa Maru, the last Japanese ship to call at this port came prepared to handle at least a thousand passengers.  Emergency quarters were rigged up in the holds and all preparations had been made to evacuate as many as the ship would hold.  That ship made its return trip only one-third full.  The alien Japanese, loyal to their children who are Americans, had elected to take their chances with the United States in the war which was then only impending.

This attitude is understandable.  Many of the aliens are pioneers of the Pacific Northwest.  They came here at the turn of the century when the State of Washington was comparatively a raw frontier, and they grew up with the country, aiding in its development.  They have a pride in their achievements.  They helped to clear the forests and plant the fields that now yield such a rich harvest from the land that was once wilderness.  They helped produce the lumber that was built into cities, and they eloped lay the railroads that penetrate into the hinterland.

Now that the lives of the Alien immigrants are drawing to a close, it is only natural that they wish to see their American born children reap some of the fruit of their labors…..”

At the time, the average age of the American-born Japanese was about 20 years old.  Many could speak enough Japanese to get by, but they were far from fluent.  In fact, the government had difficulty finding capable translators and interpreters among this group.   In general, they were good students, many becoming valedictorian and salutatorians of their High School classes, and furthermore, they rarely caused difficulty with the law.

Economically, the Japanese were well assimilated with the American community, with their greatest contribution being agriculture in rural areas and hotel operation in the cities.  The report wanted to stress that the Japanese community was in no way a threat to the United States and to evacuate those of Japanese descent would cause a major food shortage and economic disharmony especially in time of war.

But in the end, notices of evacuation were pasted on the telephones poles in Japantown and by March of 1942 the first evacuees were being transported to the temporary internment camps in Puyallup.

Continuation from Part III.  click here for Part I and Part II.

5 thoughts on “Mr. Hori and the Panama Hotel Part IV”