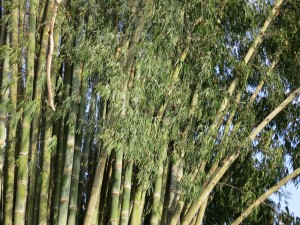 Through my years of studying Asian philosophy and culture, I realize that even though I have read or have been taught a concept, it often takes years before I have any idea of what it really means.  Compared to Western thinking which is more black and white, Asians tend to be very gray.  I find many concepts seem to be more abstract, as if they want you to figure it out yourself.

I do try and make an effort to practice what I have learned, and change is never immediate. If fact, I often find that it takes many years to take effect.  But, however slow I may be, many of these concepts turn out to be true.  The hardest part is to be patient.

One concept that has been difficult for me to comprehend is ki/qi energy. It is used in martial arts, medicine and is part of the Asian culture.  In English it’s often translated as vital or inner energy.  But, I don’t think that really does justice.  For me, the most equivalent interpretation is from the movie Star Wars when they say, “May the Force be with you.”  Ki/Qi is that Force.

In Form School feng shui we say all things consist of ki/qi. In both, Chinese and Japanese, the character is this “氣” .  For those of you who have studied kanji or written Chinese, you know that the written character “気” ki or qi is interwoven in our language to represent many daily emotions and actions.  For example, in Japanese, a casual greeting of “how are you?” is a simple word “genki?”  And the response is the same word, “genki.”  Just the intonation is different. One is a question, “how is the source of your energy?” and the other is a response “my energy source is good.”   There is nothing spiritual or cultural about it, as it’s just part of the language that we take for granted.

But as I started to think of all the ways we use “ki” in Japanese, all of a sudden it seemed to pop up everywhere.  Here is just a small sample of words that use “ki”.

So, now I understand a little about how ki/qi is integrated in Asian languages and that we use it daily without even thinking about it.  It is a vital and large part of our culture.  This is my first step of understanding ki/qi.