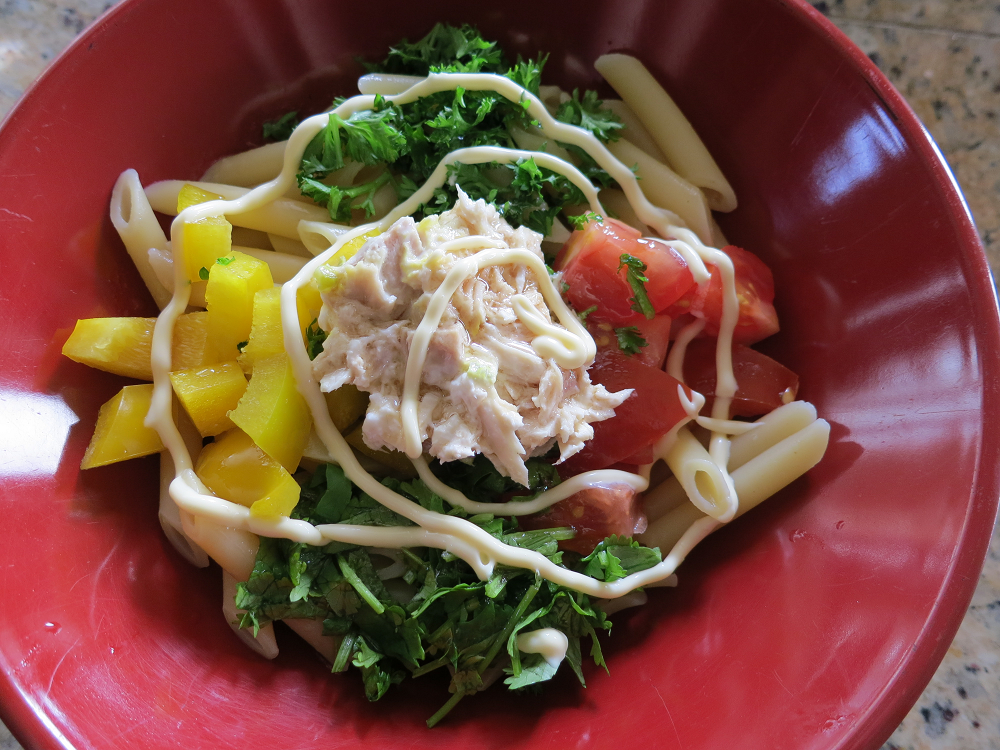 The sun has finally made an appearance in Seattle!  Seems like we are always the last one to get sun – it’s a welcome change from all the rain!  When the weather changes, I find my appetite also changes and I crave simpler foods, including more fruit and salads.  Many years ago, while working in Tokyo, one of our regular lunch venues was a little restaurant that made a wonderful spaghetti salad.  In a ramen bowl they would heap a mound of spaghetti, topped with various fresh vegetables, such as tomatoes, cucumbers, lettuce celery, add slices of boiled egg and some ham.  It came with a soy sauce based dressing and they garnished it with squeezed Japanese Kewpie mayonnaise formed into a pretty patterns.  Compared to American mayonnaise such as Hellman’s,  I find Japanese style mayonnaise has a stronger egg flavor and is slightly more tart. Over the years, I’ve copied this Japanese pasta salad, creating  my own version with whatever was on hand.  Sometimes I used different shapes of pasta instead of spaghetti, but it’s so basic, you really can’t go wrong.  Recently I’m into more herbs, so here I used a bunch of fresh parsley and coriander.  What will you put in your pasta salad?