This guest post by Hiro, who lives in Japan and writes a blog called Japanese Candy and Sweets Gallery, is about his visit to Tashirojima, 田代島, also known as Cat Island, in Ishinomaki, Miyagi, Japan.

A year after 2011 Mar 11, the day of the major earthquake in Japan, I visited Sendai and Ishinomaki a couple times. This is not for volunteering purposes or anything else, just as a tourist. I understand the opinions about the recovery process of disaster areas though, it is good to just visit and spend money there.  I think that this could be a small contribution to the recovery of disaster areas.  This time, I went to Tashiro Island (commonly called “Cats Island”) It is located at near Ishinomaki-shi and takes 1 hour by ferry.

A bit of explanation of this island.  The population is only 80-90 people and the average age is 71 years old.  It is also categorized “Genkai Syuraku“, which means in danger of disappearing altogether. In the same way, as dozens of other villages anywhere in Japan, this island also has problems of an aging population. However, something on this island makes it popular and brings many visitors/tourists to this island. This is “Cats”. 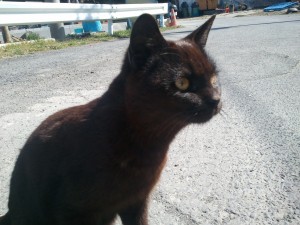 First,, I took a ferry that only is scheduled once a day from Ishinomaki. Half of the passengers were local people and 10-20 seemed to be tourists. 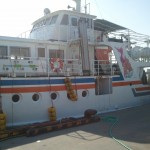 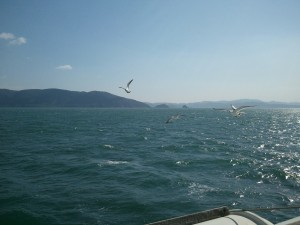 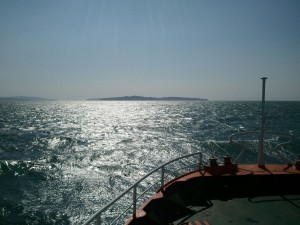 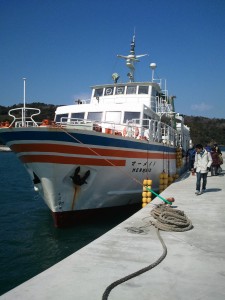 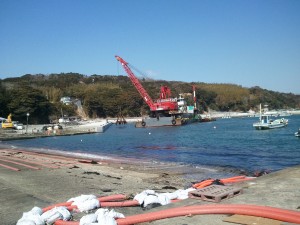 The harbor is still under the construction due to the damage from the tsunami and land sinking. Fishery and oyster farming are the main industries of this island, so early recovery is expected. One of the reconstruction projects is called “Tashiro nyanko the project” .  This project raised money asking for a contribution of buying one share for 10,000 yen. This funded reconstruction of the oyster farming, and in return it sent out original cat goods and items as a reward. It had major appeal for cat lovers and this project collected more than 100,000,000 yen!

After getting off the ferry, I walked around the island. All I saw were houses, cats, and something related to cats. There are no shops, restaurants, or public toilets, only vending machines. It is a bit of a waste because there is no place where tourists can spend their money. If any, it would be good revenue for island’s residents.

Cats here are used to people, and were not scared nor did they run away when people got close to them. As usual cats, they are laid back, relaxing and enjoying a siesta under the sun.
As matter of course though; every cat has a different character.–one that always runs toward people earlier than others asking for food, one that does not really care, and one that fawns upon people. I kept seeing those and felt easy and relaxed^^

This is not the most famous tourist place. I asked my friends, and not many people knew this island. As described, cats are the only attraction. However, it ‘s worth to go once, because you can actually see the local people’s life and their island lifestyle. Please visit there if you have the chance!!

In Ishinomaki City itself , there seems to be more recovery compared with the previous year. People on the street increased, and more shops re-opened. Of course, I can’t say that it is “as before” and guess that there are still plenty of problems. However, I want to believe that a recovery process is proceeding in the right direction little by little.

Main industries are shipbuilding and seafood processing. They try to promote tourism because industries mentioned had serious damage by the tsunami. However, Ishinomaki does not have “hot springs” so they cannot expect high spending overnight customers. Therefore, they promote “day trips” by luring customers through food and the Shotaro Ishinomaki Museum. He is the famous anime/manga writer of Cyborg 009.

That’s all for today. I would be happy if anyone is interested in those places by reading this post.