I must apologize for not writing for nearly three months.  It’s been a very trying three months for me.

After twelve years, we have sold our home and downsized.  With three boys, our 3,700 sq. ft. suburban home was spacious with a huge deck that commanded a fabulous view of the Olympic Mountains and Seattle in the distance.  In addition, it had three garages and 500 sq. ft.  of storage.  The open kitchen was a gathering place for friends and family, and often felt like Grand Central Station when all the boys had their friends over.  Everyone helped out in the kitchen. We had parties, barbecues, celebrations, out of town visitors, family, and everything in between that fully made use of the space. It was a good family home. We are grateful that it contributed to the boys being able to thrive.  Thankfully, today they are well grounded and healthy.  What more could one ask for?

Now that we don’t live there any longer, here are some images of that home.  As you can see, it’s a blend of our Western and Asian heritage. 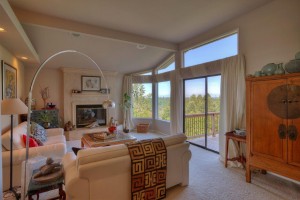 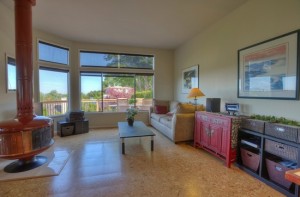 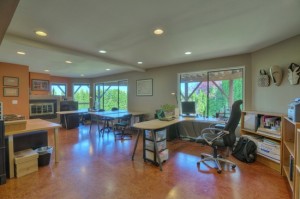 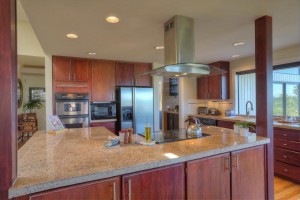 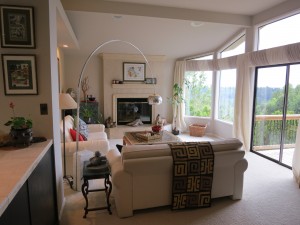 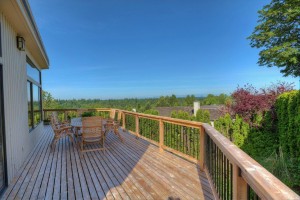 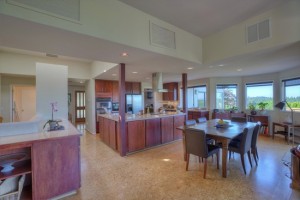 A good feng shui home should reflect those who reside in the house and their lifestyle.  As a very active family of five, the home did reflect the life we led.  But, as time went on, one by one, the boys went off to college and the house became less active.  Finally, our youngest left the nest and it was just my husband and me in this big home.  As a feng shui consultant, I knew that in time, we needed to move on.  I must practice what I preach.  And as my master, Dr. Hsu always says, “big house, lonely heart.”  And that’s exactly what I felt.

What happens in an empty house?  There is silence.  There is more darkness.  There is stillness.  The chi becomes stagnant.  There is no life energy to sustain it.

You can see this by observing an abandoned house.  Just like in all those haunted house movies, when no one lives in a house, it just falls apart very quickly.   And somehow the critters and animals know that no one lives there any longer.  Isn’t it strange how they just quietly take over the space.  With no life to sustain it, everything begins to deteriorate. The paint on the walls chip, the floors crumble,  the windows crack, rust sets in the pipes, and everything becomes brittle and breaks.

In the same way, the big empty space of our home started to loose life.  The boys were no longer there to sustain the chi.   It was time to move on.

To some, moving may sound like a simple task. But in our situation, it was really a lot of work.  Over the years and through all the various activities of five people, we had accumulated so much stuff.  So much so, that I didn’t know exactly what I had put in that 500 sq. ft. of storage.  It’s hard to believe but I’m really not a hoarder.  I do give away a lot of stuff and felt like I had done so on a consistent basis.   The boys old clothes and unused athletic gear went quickly.  It’s a pathetic excuse but, when you have so much space to store things, you have no concept of actually how much stuff is actually there.

Once we decided to move, time came to actually go through everything.  All of sudden, I felt completely overwhelmed.  To be honest, it was rather embarrassing that we had so much crap!  How did this happen?  Especially to someone like me, I thought.  I’m rather simple.  I thought I wasn’t a hoarder, but why did we have so much stuff.  It’s funny how things just creep up on you that you don’t realize.

Just to give you an example.  We had six bicycles.  Why six?  One for each person, plus my husband’s road bike.   Here’s another example:  All three boys played high school lacrosse.  They had helmets, sticks, balls, gloves, and padding – just add that all up.  You see how easy it is to accumulate?   Example 3:  They all played music in the jazz band.  One played drums, the other trumpet and the other saxophone because I wanted a jazz band.  I told them they couldn’t play the same instrument.  One year they said they needed a base guitar for the band, so they bought me a book on how to play bass.  Unfortunately, I never did learn .  I do regret this.   However, one son liked the guitar and electric piano too.  See how things keep adding up?  Scary right?

Then I found loads and loads of photographs before the digital age.  Yes, we have negatives, slides, photographs, video tapes, and all those “memory” items.   Then I found all that cute art and school work that they made when they were in kindergarten.  The pasta necklaces, the paper kites, the clay figures and the creative writing and original spelling. Oh, how precious.  Who could throw them away right?  It was endless, but I had to go through it, because no one else could.  It was a long process. 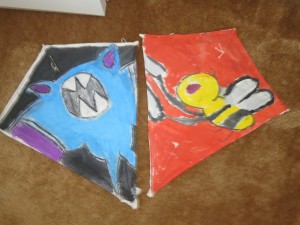 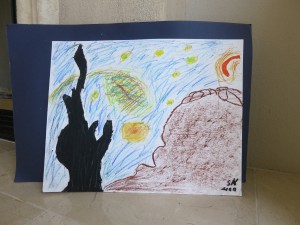 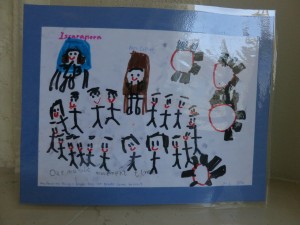 I internalized all the memories and it was time to move on.  When the time comes, you know you’re ready to purge all the stuff. Okay, I admit, I did keep the photographs and video tapes and couldn’t part with a few pieces of the kid’s work.  But, the majority went, honest.

Actually, at the back of my head I kept hearing the one word that one of my clients used to describe her downsizing experience:  “liberating.”  Was this really liberating?  It’s a process.  And everyday when you keep at it, you realize that letting go is a type of therapy.  Instead of holding on to the past, I am making space for the future.  Just like the file cabinet.  While purging all the old paper work into the recycle bin I realized it was similar to how my mind was:  full of files that weren’t useful any longer.  They were expired.  It was time for me to chuck it all.  And my client was absolutely right, it was and is liberating!

Moving and getting rid of our things is just the first phase of our downsizing.   It’s been only a couple weeks since we moved into a two bed/two bath apartment.  Already I have noticed many differences on how my habits have changed or should I say, have had to change.  I’ll be posing on our progress, on how we are adjusting to living in 1,190 sq. ft.

In the meantime, we have many hopes and dreams for our life from now.    I plan to get back to blogging because I do enjoy it.  I hope you do come back and I also love hearing from you.  If you have a downsizing story, or know of someone who has, please share your experience too. 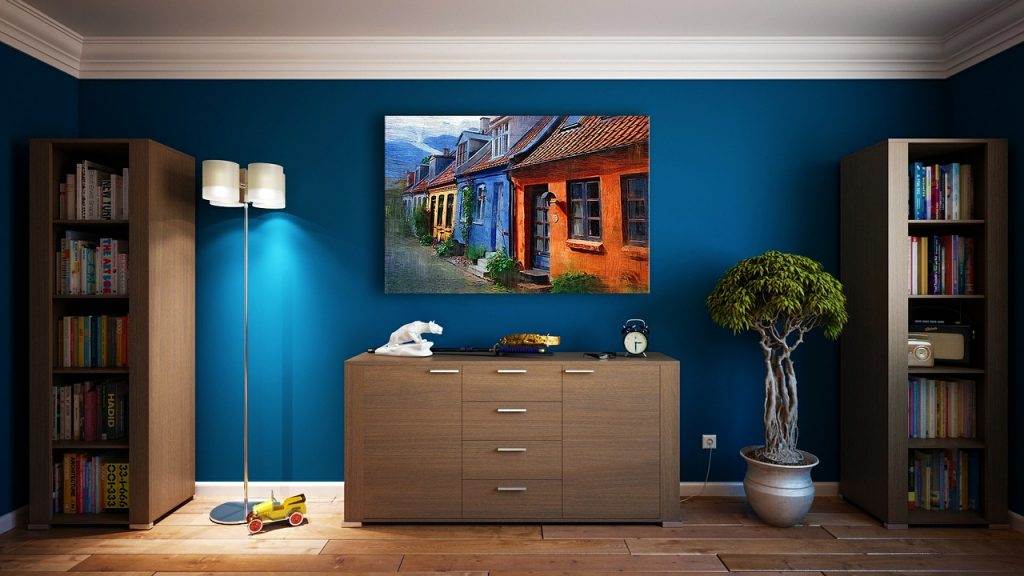