Asian Design, the Star of Casinos Today, Casinos seeking to draw in the Asian affluent with Asian influence

This is a guest post on Asian Design Influence. 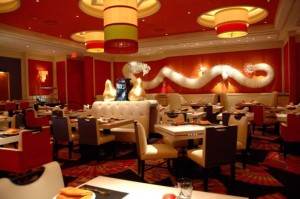 Casinos have always been known for their extravagance. From the majestic Casino de Monte Carlo in Monaco to the centuries-old Hippodrome Casino in London, many casinos are feats of architectural marvel. And inside these casinos, we see beautiful room and magnificent décor fit for a king.

Lately, however, casinos seem to be shifting their designs in favor of Asian influences. Following some decline in the amount of business they get in American and European markets, casino operators have begun looking towards Asian markets to start making profit.

An article on the Wall Street Journalspoke of this attempt by Vegas operators to start drawing in Chinese and Asian VIPs, citing the Venetian Hotel’s inclusion of the “Paiza”, a unique gambling salon made especially for Asian high rollers. Across the Paiza, you see imagery like traditional Chinese paintings, and there’s even a karaoke room on the floor. Other casinos have gone so far as to try and appeal to Chinese high rollers with generous comps – free suites, meals, and even rides on a private jet to and from the casino. 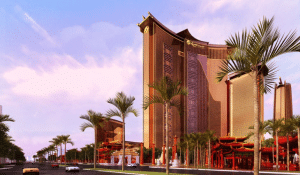 We also see some casinos now begin to function with these Asian VIPs in mind. Vegas Inc. reports that an Asian-themed megaresort had been planned for the space of the old Stardust on the Las Vegas Strip. The Genting Group plans to make it a “3,500-room Chinese-themed resort with a 175,000-square-foot casino” – the first of its kind in Las Vegas. Casinos in Macau, which is largely considered to be the next gaming Mecca, have also begun to show Asian influences, appealing not only to gamblers in close proximity to them, but also to Western gamblers who’ve tired of the same offerings from casinos in the US and in Europe.

With so much attention being put on Chinese gamblers and the business they bring to the casinos they frequent, it’s really no surprise that casinos have begun looking into Asian design and architecture to try and reel them in.