Urban Design and the Art of Camouflage

Design in urban areas has really improved over the years.  Today, there are visible signs of the extra steps they have taken to beautify the city.  One of the things I really appreciate is how they have begun to camouflage unsightly utility and mechanical boxes in public spaces. 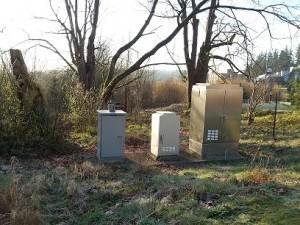 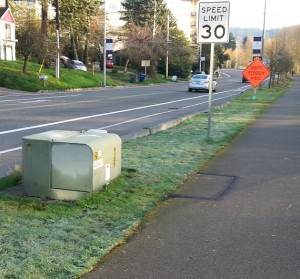 Usually, on the sides of streets and roads, we often see utility boxes like these.  Here are some examples of their transformation.

The first one I noticed was a box near an intersection in my old neighborhood.  As I waited in my car for the light to change, there it was.  Instead of the usual gray or brown box, I spotted a nature designed plastic wrap that was cheerful and blended right in with the surrounding greenery.  Wow, I was happy to think that the city thought about improving the aesthetics for the general public.  It was just nice to know that they cared! 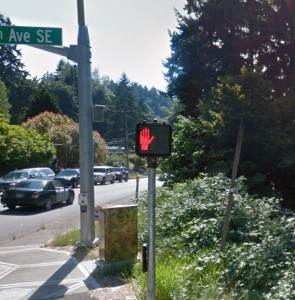 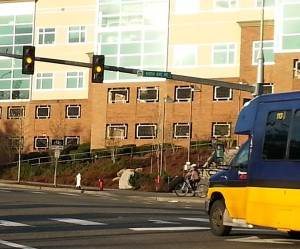 This next example, I noticed on my morning walk.    Can you see in the distance, adjacent to the sidewalk, between the two short red posts, there is a rather large gray rock that’s part of the landscape?  Well, upon closer inspection you realize it’s fake!  It’s similar to something you’d see at Disneyland! 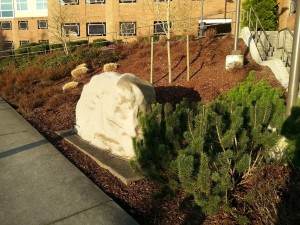 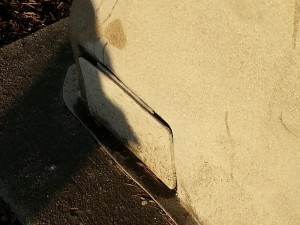 This plastic faux cover, made to resemble a rock, hides some sort of mechanical box.  If you pass by, it would be easy not to notice that it wasn’t real.  However, up close, you will find that there is an access door on the bottom corner.  This quickly gave it away, but I must admit, I was pretty impressed.  So, I want to thank those who had the inspiration to think about the public who come across these visual eyesores.  We do appreciate the thoughtful design, thank you!