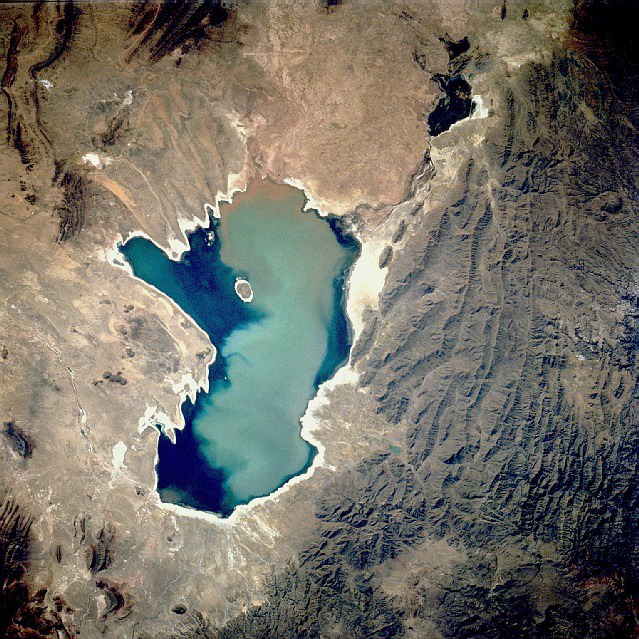 The other day I saw the title of an article from the Guardian that piqued my curiosity.

Bolivia’s second-largest lake dries up and may be gone forever, lost to climate change.  The basis of feng shui is how the environment affects the people.  So, I wondered, “if the lake is gone, what happened to the people?”

In feng shui terms, the metaphor for water is money.  So, how did the disappearance of the lake affect the “money” of this village?

Lake Popoo was the second largest lake in Bolivia.  In December, it was officially declared evaporated.

Now, how does such a large lake just evaporate?  Obviously, this doesn’t happen overnight.  And often it’s a combination of factors that compound the effect.  In this case, many experts gave warning of the depletion as early as 2010.  Global warming, drought, El Nino, and diverting the lake for agriculture and mining all contributed to this.

What are the consequences?  Without the lake many have lost their livelihood.  Those that fished and raised sheep and alpaca are not able to continue as before.  In the Guardian article, they quoted one resident ““There’s no future here,” says 29-year-old Juvenal Gutierrez, who moved to a nearby town where he has taken a job as a motorcycle taxi driver.”  The villagers must adjust and adapt their way of life to their new reality.  And as we know, those changes are not easy, especially for the older generation.

Some elderly residents of the village speak of memories when the lake dried up in the past but managed to come back.  They still keep hope that one day the water will flow again. But, some scientists believe that it has gone to a point of no return.  This scares me.   Is this just the beginning of climate change effects?  This really isn’t an isolated incident. Other lakes are drying up too.  There is Lake Mead in Nevada, Lake Chad in Africa, and the Dead Sea between Israel and Jordan just to name a few.    It may be time to stop the damage, before it can’t be undone.

Water affects our livelihood.  Both physically and metaphorically.  The loss of the lake reminded me that we need to take care and respect our environment because we are part of the environment.  We can’t separate ourselves from it.  Show respect for everything around you and it will respect you.